As reflexologists we are familiar with the micro to macro concept with the feet and hands being mini maps of the body. The same is true of the Auricle or external ear.

There is historical reference of the ear being worked with needles, scarification, bleeding and manually in many different cultures, dating back thousands of years.

Dr Paul Nogier who is known as ‘The Father of Auriculotherapy’ was renowned for ‘going the extra mile’ with his patients. He is described as a neurosurgeon, medical research scientist, psychotherapist, acupuncturist, homeopath and manipulative therapist. He spent 30 years researching the Auricle and is also credited with Auriculomedicine relating the pulse to auricular stimulation. He is also known for identifying seven frequencies at which the body cells naturally vibrate. Applying these seven frequencies help the cells to resonate with their natural healthy vibration. He stated that all illness could be relieved by working the auricle and sound vibration.

Dr Paul Nogier’s initial Auricular theory, first published in 1957, is that the ear is in the shape of an inverted fetus. He went on to publish the first book on Auriculotherapy, in 1972, called ‘Treatise of Auriculotherapy’.

He describes the auricle as a homunculus (little man) of the body with the head represented by the ear lobe.

This means that the ear is a miniature representation of the whole body, a micro-body in effect. The size of the head and hands are huge in comparison to the rest of the body. This is because the micro version of the body on the ear is a somatotopic inversion, meaning that the image is related to its functional importance rather than its physical size. More areas of the brain are involved with movement, co-ordination and processing than other functions in the body. Therefore on the ear we see larger areas depicted for the head and hands than other areas of the body.

The Chinese believe that the ear is the external flowering of the kidney and that the kidney stores our ancestral energy (Yuan Qi). Note the ear’s resemblance to the shape of a kidney.

In 1982 the World Health Organisation together with the Chinese Acupuncture and Moxibustion Association set standard auricular points known as the International Standard Auricular Points (ISAP). There are over 10,000 nerve endings in the ear with auricular branches of the vagus and trigeminal nerves coming to the surface. It is thought that these nerves and the close proximity to the brain enhance the speed and efficacy of auricular work.

According to Bill Flocco, the American Academy of Reflexology conducted the first reflexology research study to ever be published in scientific medical literature, when the study appeared in the prestigious journal, Obstetrics and Gynecology, Vol. 82, #6, December 1993. This ground-breaking study was entitled ‘Randomised Controlled Study of Premenstrual Symptoms Treated With Ear, Hand and Foot Reflexology (Terry Oleson PhD and William Flocco).

Reflexologists who are passionate about helping their clients in the best possible way, find that the addition of auricular work is an incredibly powerful tool for mental, physical, emotional and spiritual healing. Even massaging your own ears every day has enormous health benefits so why not give it a try? 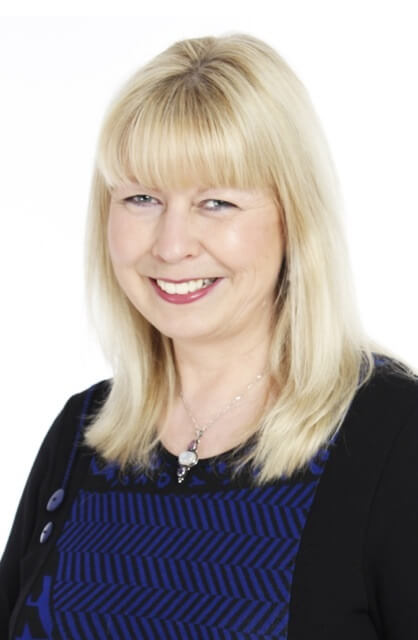 Allison Walker qualified as a reflexologist over 20 years ago and has been teaching for 18 years. She was awarded a Fellowship of the Association of Reflexologists in 2014.

From working in busy complementary health centres to running her own college, Allison has a wealth of experience and knowledge. Allison is passionate about all aspects of reflexology but has found the power and effectiveness of auricular reflexology fascinating, so much so that she has created her own charts, comprehensive manual and DVD to help others to connect to this amazing therapy. Believing that a good foundation in practitioner skills is essential, Allison teaches practitioner courses in Birmingham and Manchester that include working on the feet, hands and ears as well as meridian work and working with the breath and intent.

Visit www.contemporaryreflexologycollege.com for more information about practitioner and CPD courses.

Hands up 🙌 if this is you after work during the

Do you have any questions? Tonight Dani Diosi fou

Has it gone quiet for you? During the past few we

Community 🤍 After many years of connecting onl

Tuesday Tip Do you struggle with content ideas fo

Reflections 🤍 The end of July is here, but bef